Awareness during lockdown, leaving Christianity and coming to Islam: an exclusive interview with the Wife of an MMA fighter Wilhelm Ott

Wilhelm and Michelle Ott are known not only as Austrians converted to Islam, Wilhelm is a professional MMA fighter in the middle category. Our editorial team spoke with Michelle about the difficulties of converting to a new religion, the first time going out in the hijab, and new life changes.

I converted to Islam on March 16, 2020. Before accepting Islam, I had nothing to do with this religion. Even though I cannot call myself a prejudiced person, I was not interested in it. What is more, I didn’t care at all. When I was 15, I had the chance to work with Muslim women. This was the time when I got to know them better. We quickly found a common language with them. Looking back now, I think maybe it was a sign…

In the midst of the first quarantine due to the coronavirus, my husband made a decision to convert to Islam. One month later I converted.

At first, Wilhelm hid that he was praying, I found out a week later and accepted his choice. I know my husband’s personality perfectly well, although, after adopting Islam, he opened up for me from a new side. I discovered a completely different personality in him.

Only one question arose in my head: “What influenced him so much?”

He was always obsessed with the work that caused a lot of stress for him. After converting to Islam, Wilhelm began to surprise me with his total calmness and serenity. I saw clear changes in him as he became more peaceful and developed a positive outlook for life. This made me really interested. I started reading religious literature he received from our Muslim brothers and sisters. Every day I was watching religious lectures on YouTube. This was the time when I realized that I want to be in Islam.

William never forced me to follow the canons of Islam after him. However, it was he who influenced my path to the truth. If Wilhelm had not started practising Islam, perhaps I would have never become a Muslim. Only God knows what would have happened.

Before Islam, we practiced Christianity. It could be more difficult if one of us had a completely different religion. In my opinion, the same background made it easier for us to come to Islam together.

When people learned about his decision their reaction was mixed. Friends and acquaintances were divided into two camps. The majority of them supported and was happy for his choice. Nevertheless, there were people who cut all ties with us and stopped communication. In my opinion, whatever happens to us is for the good.

My husband did not face hate in his address. It is easier for men to get around negativity because it is not always easy to determine whether he is a Muslim by his appearance. It is more difficult for Muslim women.

There was a case when some people wanted to hit me on the street by car. Imagine all this because of a small piece of cloth on my head.

On 3rd November, a terrorist attack took place in Vienna. It seemed to people that Muslims were behind this. Since that, I started noticing the disapproving glances in his direction. Recently, the bus driver looked at me very obliquely, which I found very rude.

When I pronounced the Shahadah, I knew exactly what Islam is – it is the truth. That day I shed many tears from the feeling of happiness overwhelming me. By the way, I am a very emotional person. In Ramadan this year, I put on a hijab. My husband did not know anything about my intention. The first time Wilhelm saw me, he was both shocked and happy. The only thing he said was “Mashallah”.

That day I was so happy that a smile never left my face. I feel better and stronger in the hijab.

Before accepting Islam, I knew religion only as it is shown in the media. One of the unfounded stereotypes about Islam, which I believed in: in the family, women are victims, and men are dictators. Now, in my vision, a modern Muslim woman is a strong woman who works for herself and follows all the canons of Shariah.

Muslims are one big community and we should always stick together.

Islam changes a person, of course, for the better. Before Islam, I was a wild person. I went to different parties. After converting to this religion, you realize that parties and holidays are not your whole life. I realized that the lifestyle I had was not good for me. At first, because of the hijab, I was uncomfortable at work. Over time, with the help of Allah Almighty, I was able to overcome my inner discomfort. I realized that the main thing you need is a pure heart and confidence in your own actions.

Life after accepting Islam is transforming. The laws of God now guide you. Every day is planned out, which means that your 24 hours make sense. 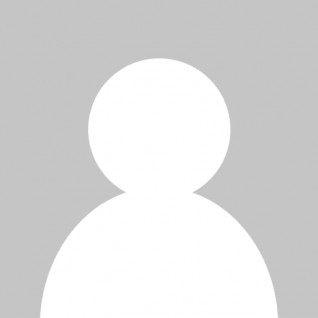 Peace be upon you, As salamu aleikum! Please select your gender: